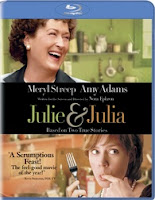 In the wrong hands, Julie & Julia could have been a pointless waste of time, but director Nora Ephron makes it work. The main reason is the casting, and the presence of Meryl Streep.

If you have paid attention to Streep over the course of her career, you'll know that she is effective in serious dramas, comedy, and anything else she tries. Unlike many good actresses, she's different in every film. She becomes the character. That's true again in Julie & Julia as she transforms herself into Julia Child. You might find her character's voice a bit annoying, but it's incredibly close to the voice of the real Julia Child. The film works because she will make you care whether she achieves her ambition to get her book published. 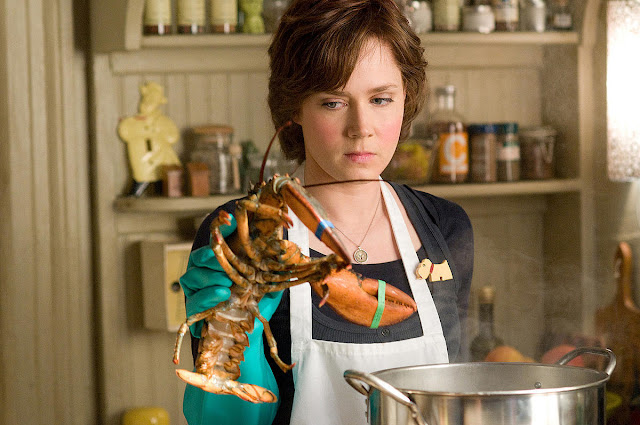 Amy Adams teamed up with Streep in Doubt, and the contrast between the two characters worked wonderfully. The two don't appear in any scenes together this time because the film is split into two stories. The first tells Julia's story, showing how she lived in Paris, took a cooking class, and ultimately wrote a book on the subject. The other story begins in New York in 2002, and shows how Julie Powell (Adams) seeks something to add meaning to her life. Her job is boring, and she lives in a small apartment in Queens, located above a Pizzeria.

Julie's life changes when husband Eric (Messina) encourages her to begin a blog. She eventually comes up with the idea of writing about cooking, and vows to make 524 recipes from Julia's cookbook over the course of a year. If any of you have a blog of your own, you'll identify with Julie in this segment. It shows her writing every day, wondering if anyone is actually reading. She's desperate for comments and feedback of any kind, and wonders if the effort is worth it. Although her main goal is to give her something to do, she's hoping for recognition, and possibly more. She's already written a novel, but nobody wants to publish it. Can she turn her project into a commercial success? 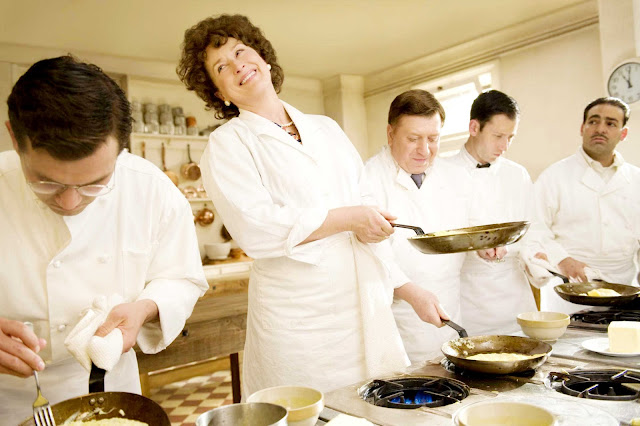 One thing the film does well is establish its characters. They are complex human beings, and we feel as if we know them after two hours. Both women have supportive partners, and I particularly love the relationship between Julia and her husband, Paul (Tucci). It looks like the two actors have been married to each other for years. It's clear that Paul played a significant role in Julia's success, inspiring her to try new things and stick with her plan to write a book. Julie and Eric are also in a believable relationship. You can see how society has changed over the past few decades; Julie and Eric both work, while Paul supports Julia financially, allowing her time to explore other things. 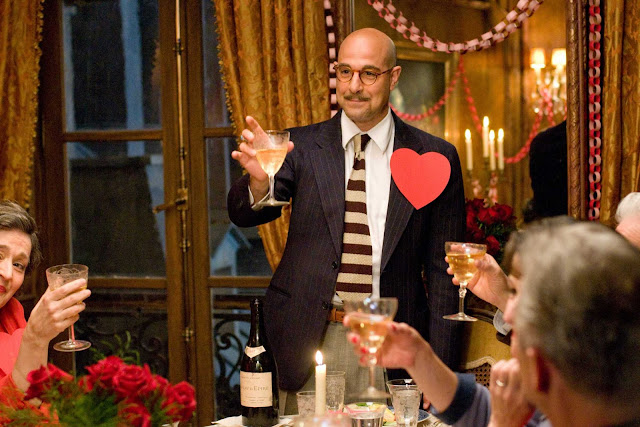 There's a fair amount of situational humor in the film, and it works well without seeming forced. My favorite Julia scene involves onions, and Paul's reaction to her competitive nature. As for Julie, the placement of Talking Heads' Psycho Killer when she's cooking lobsters is just about perfect.

Julie & Julia turned out to be Nora Ephron's last film, and it's a good one. Streep's Oscar nomination was deserved, and the other main characters all play their parts well. This is the kind of film that will keep you smiling, and it has plenty of replay value. Maybe it will help you discover your own purpose in life, or at least explain why you keep working on your blog?