Some of my favorite movie clips - Episode 1 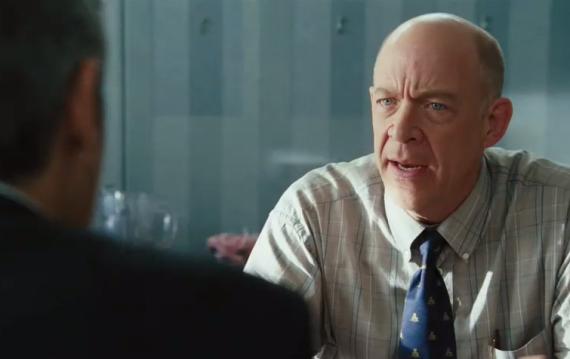 I've compiled several favorite movie lists, and the 100 movies series, outlining notable titles and why I think they are worth watching. But I have never picked my favorite clips. There may be some overlap, and you'll see some of my favorite movies on both lists, but there are other titles which have outstanding scenes without being quite good enough to make a Top 100 or a Top 10 of the year.

I'm also aware that a lot of people prefer visuals to pages of text.

These clips aren't in any particular order. I'll continue this series from time to time as I uncover more examples. Here are the first few which spring to mind:


Margin Call is a very good story, with a number of strong performances. Eric Dale is the character who sets the events in motion, but he remains something of a mystery for most of the movie. I chose this scene because it illustrates how such a man might have realized that the company was on the verge of ruin. Years of working in the financial world would enable him to rattle off statistics without much trouble, and Stanley Tucci is utterly convincing. It's also a profound piece of thinking to put the lifespan of a bridge into terms that we can all understand. Building it and saving commuters 1,531 years of their lives is a significant achievement. What have you done lately?


As Good as It Gets - The Compliment


Two of my favorite actors appear here in a serious moment from one of the best comedy dramas I own. Nicholson is superb as Melvin Udall, and Helen Hunt was at the top of her game in this 1997 movie. It will make you laugh, cry, and care about the characters. What a fine piece of writing.


Falling Down - I Want Breakfast

This scene works because we all feel something like this on occasion, but most of us have a filter which prevents us from making our views heard. Michael Douglas plays a character that could be almost any of us, so we empathize with his situation until he takes things a step too far.

I love this scene because J. K. Simmons plays his role perfectly, and Clooney's character comes up with such a convincing argument, even though it's insincere. It's such a believable exchange. The movie is full of great scenes, so I urge you to see it if you haven't already.


One of the best movies ever made is 90 minutes of pure dialogue and takes place in one room for the most part. Here's one of the best scenes. If you have something against old films, or you only watch things in color, this might just change your mind.

That's enough for now. I hope that some of you check out one or two of these titles if you haven't already. I'll revisit this idea when I have five more clips to share.

What are some of your own favorites?

Return to index of every review on the site.
Posted by Steve Aldersley at 2:20 PM