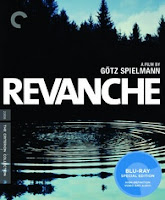 Alex (Krisch) works as a bouncer in Vienna and does odd jobs for the owner of a brothel. His Ukrainian girlfriend, Tamara (Potapenko), works there as a prostitute. She is 30,000 dollars in debt and he needs 50,000 euros to buy a share in a nightclub. Alex has a plan to solve their problems.

He decides to rob a local bank. It's in a quiet little town and he's figured out a good escape route. In his mind, nothing can go wrong. Tamara has a bad feeling about it and insists on coming along. Rather predictably, something does go wrong. 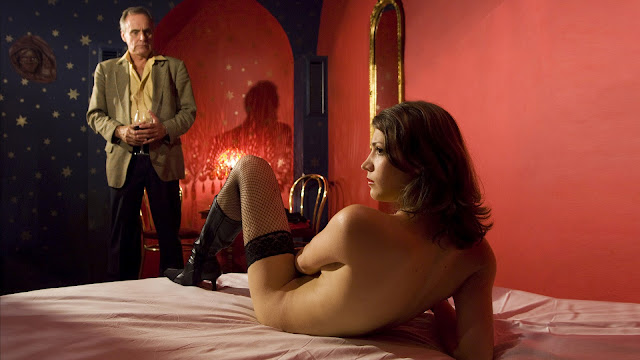 After a policeman, Robert (Lust), intervenes, Alex is forced to flee to the countryside and stay with his grandfather on a farm. He was wearing a mask during the robbery, so nobody knows that he was responsible. He hides out and works out his fear and anger by chopping wood for his grandfather's fire.

A neighbor, Susanne (Strauss), occasionally stops by to check on his grandfather. She's friendly, but Alex wants to avoid her as much as possible. We later discover that she's the wife of the police officer who tried to foil the robbery.

Alex, Robert and Susanne all have difficult problems to face. Alex wants to avoid being caught for his crime and faces another dilemma that I won't mention; Robert is struggling with the way he performed when he tried to stop the robbery, while Susanne's deepest wish can't be fulfilled by her husband. 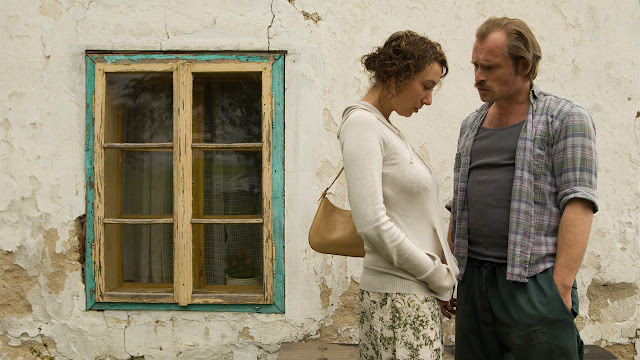 It's a fascinating story, but I am reluctant to give away any more details. All I will say is that the climax offers a number of interesting solutions to each of the problems. The needs of the individuals are satisfied in unexpected ways that aren't always ethical or legal, but it's not hard to imagine acting in the same way if you were placed in any of their situations.

The film is set in Vienna and the language is predominantly German, although there is a little Russian in the first act.

Spielmann effectively creates tension and it slowly builds throughout the story. Dialogue is kept to a minimum and that decision feels right in this particular film. There's very little action, and it plays out like a tense drama. The film is beautifully shot and the scenes in the countryside look spectacular. The peaceful setting is in stark contrast to the emotional turmoil faced by the characters involved. 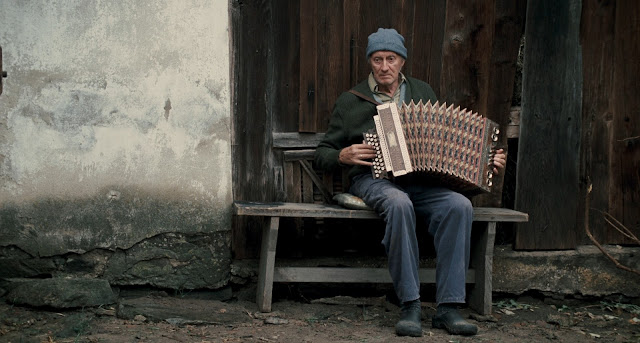 I like to be surprised and find it boring when I can predict the outcome early in a film. Revanche certainly isn't predictable and I think you'll find the conclusion rather elegant.

It's difficult to explain why Revanche is a great film without giving away key plot points. I hope that you will give it a try and trust that it's worth two hours of your time. It's even better on subsequent viewings when you have clearly fixed each character and their secrets in your mind.

The Criterion Blu-ray offers wonderful audio and visual quality and is the best way to see the film unless it's being shown at a local theater for some reason.

The Lives of Others was mentioned earlier in this 100 movies series. It's my favorite German language film and deserves to be seen. Like Revanche, its characters are complex and make some surprising choices.

Return to index of 100 movies to see before you die.

Return to index of every review on the site.
Posted by Steve Aldersley at 10:04 AM

Email ThisBlogThis!Share to TwitterShare to FacebookShare to Pinterest
Labels: 100 movies