Papillon: A true story of a man's determination to be free 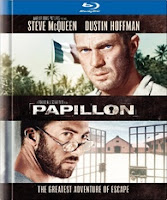 Papillon is a film I hadn’t seen for approximately 30 years, so I was eagerly awaiting this Blu-ray release. I was a different person back then and my tastes have evolved a great deal since first seeing the film. What was a masterpiece in my memory is now simply a good film.

The story is set in a prison in French Guiana and is based on the true story of Henri Charriere. He was known as Papillon because of the butterfly tattooed on his chest. Steve McQueen plays the role and does an excellent job.

The other key character is Louis Dega (Hoffman), who is a forger and not well-equipped to fend for himself in prison. He hires Papillon for protection and promises to finance Papillon’s escape attempt. It proves to be a wise decision.

On reaching the prison, the new inmates are given a welcome speech. They are told that their first escape attempt would result in two years of solitary confinement being added to their sentence. A second attempt would mean five more years in solitary. Extreme cases would result in death by guillotine. 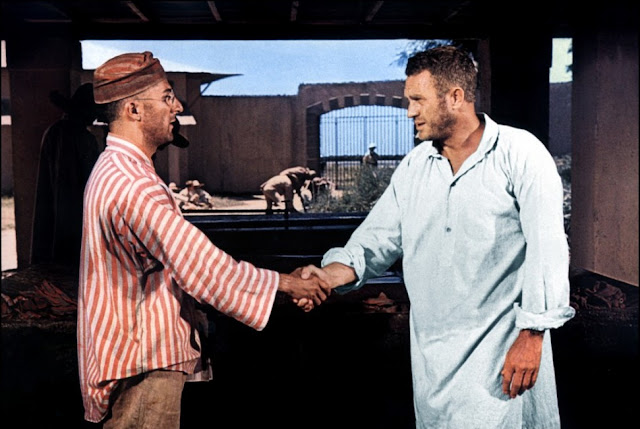 Nearby islands contain prison work camps and Dega and Papillon are sent there. The swampy conditions are full of natural dangers such as crocodiles and snakes. Any escapees are hunted by former prisoners for a reward. Papillon makes an early attempt and is quickly recaptured, resulting in the promised two years in solitary confinement.

The rations in solitary are barely enough to support human life and Dega bribes guards to smuggle Papillon extra food. When this is discovered, the warden wants the name of the person sending him food. Papillon refuses and is put on half rations. This is equivalent to a death sentence, but Papillon eats whatever creatures stray into his cell and manages to survive the two-year ordeal.

When he recovers his strength, Papillon makes another escape attempt. Dega and another prisoner join him and they arrange to leave the swamp by boat. The three set sail for Honduras. On reaching land they eventually become separated and Papillon is forced to fend for himself. This leads to an extended sequence, largely without dialogue, where Papillon lives with some of the indigenous population. It’s a happy time for him and is a stark contrast to his life in prison. 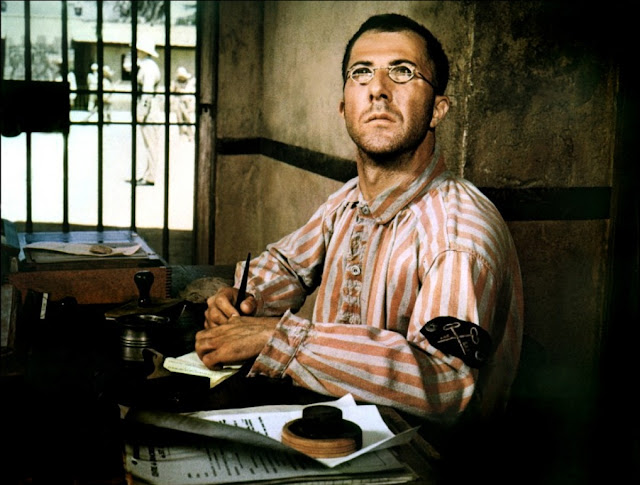 I won’t reveal any more of the story, but there are a few more twists and turns before it ends.

The story is essentially about the strength of the human spirit and the desire to be free. Papillon has to endure harsh conditions, but something inside him makes him go on. It also shows that some criminals are not all bad. The friendship between Papillon and Dega is powerful and lasting. The final sequence shows both the friendship and Papillon’s determination to live as a free man.

Video Quality 3.5/5
The opening scene contains heavy grain and looks terrible, but isn’t representative of the remainder of the film. It soon settles down and delivers a fairly pleasing transfer. The film is nearly 40 years old and doesn’t look like a recent release, but the Blu-ray offers a big upgrade over previous releases. Just take a look at the trailer to see how the original film must have looked. Although the detail isn’t as strong as I would have liked, it’s adequate. Brighter outdoor scenes benefit the most. Colors are strong and accurate and the print looks fairly clean.

Audio Quality 4/5
An early conversation between Papillon and Dega aboard the prison ship is problematic. The dialogue appears rather distant and there are minor synchronization issues. This is an isolated incident and the quality quickly improves. The DTS-HD Master Audio 5.1 mix does a good job of adding to the brooding atmosphere of the film. Heavy rain sounds like it’s supposed to and jungle sounds come across in the rear speakers. The Oscar-nominated score sounds impressive and it’s a good presentation overall.

Aside from a trailer, there’s only one additional feature:

The Magnificent Rebel (12:19) is brief and shot in SD, but explains some of the problems involved in shooting the film. Some of the locations were hard to reach and had never been seen on camera before. There’s also a sequence showing the reaction of the real Papillon, Henri Charriere, visiting the set and talking about how authentic it was.

Papillon is a long film at 151 minutes, and some of it isn’t pleasant to watch. It’s not supposed to be. If you have seen Midnight Express, you’ll have some idea of what to expect. The story takes its time to develop, but the payoff is worth it. McQueen may have been chosen because of his character in The Great Escape, but he has to show more range here and pulls it off well. Hoffman is familiar as the nervous Dega and the friendship is believable. While imperfect, the Blu-ray presentation offers a considerable upgrade and the digibook looks great. Fans of the film shouldn’t hesitate to pick it up.

Return to index of every review on the site.
Posted by Steve Aldersley at 9:56 AM