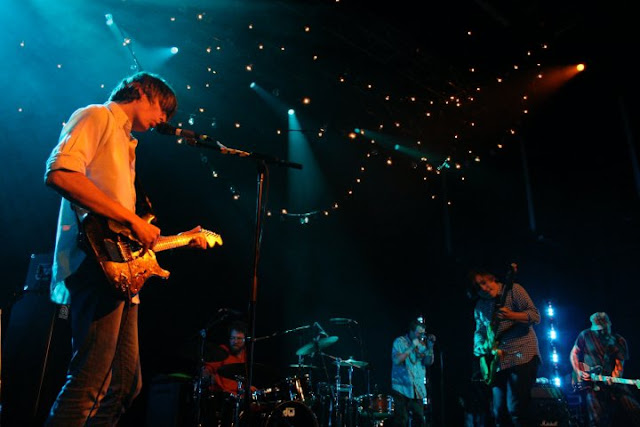 Pavement formed in 1989, but didn't release their first full-length album until 1992. I wasn't aware of the band until the British music press and a friend informed me that they were ripping off my favorite band at the time, The Fall. While that's certainly true to some extent, Pavement's sound evolved into something much more. I now consider them one of my Top 5 bands and they are definitely higher on that list than The Fall.

Although they technically used at least three vocalists during live shows, Stephen Malkmus was easily the biggest influence on their sound. His unusual guitar style almost resembles speech in some songs and he's continued to churn out fantastic songs for more than 20 years. But let's focus on Pavement for the purposes of this installment.

The band's first three full albums contain the vast majority of their best songs. You can make an argument for Slanted and Enchanted or Crooked Rain, Crooked Rain being the best of those, but my personal favorite is Wowee Zowee. I'm a weird guy with unconventional tastes and it doesn't surprise me in the least that I love listening to Malkmus sing. He changes key almost randomly, but it somehow works; just listen to Here and you'll hear how raw his vocals can be.

Wowee Zowee was a departure from the sound on the first two albums. It's longer and employs a variety of styles. The fourth word in the opening song is 'castration' so I don't think it was supposed to be a feel-good album. That said, some of the tracks put the listener in chill-out mode, while others range from prog rock to outright rant or country. My favorite Pavement track, Rattled By the Rush is the second track on the album.

Here's my ultimate playlist of 20 Pavement songs in my preferred order, along with my YouTube link if you want to hear them right now:

Return to index of every review on the site.
Posted by Steve Aldersley at 12:41 PM