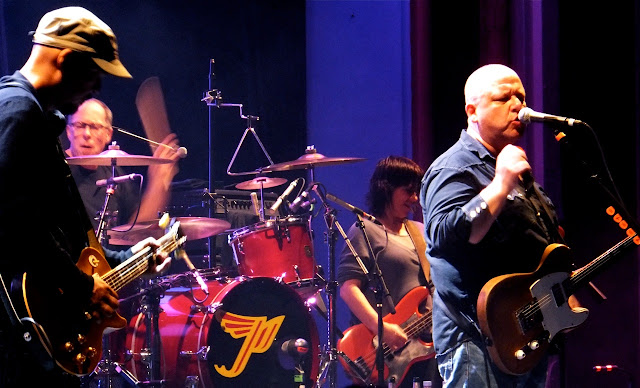 
Pixies formed in 1986 and released four full-length albums, an EP and several singles before breaking up in 1993. In 2004, the band reformed with its original lineup, allowing a new generation of fans to hear the music live. Kurt Cobain once remarked that Nirvana were just ripping off the basic Pixies style.

I remember the band announcing a 2004 UK tour and tickets selling out in 8 minutes. Luckily, I secured mine. 2013 saw a new album, but bassist Kim Deal has since left the band.

Not many bands hook me instantly the first time I hear their music, but Pixies did that to me when I first heard Vamos. I bought everything they had ever released within a few days of that initial exposure.

Choosing 20 songs for this playlist was almost impossible. Even being a strict as I possibly could, I was still struggling to cut the final 11 songs until this morning. In truth, a Pixies playlist would probably contain more songs than just 20, but I'll stick to that format for this series for the sake of consistency.

The band's sound ranges from rant, to pop, to rock, but there is something else, almost beyond description in some of the songs. There is an almost mystical quality that suggests searching for something just beyond reach. I might describe it as atmospheric, but that doesn't do it justice. Many of these songs make my hair stand up on end. The basic structure is so simple, but that doesn't make it any less essential.

Here are the final 20 songs in my preferred order and a YouTube playlist which consists mostly of great live versions of the songs:

Posted by Steve Aldersley at 8:28 PM