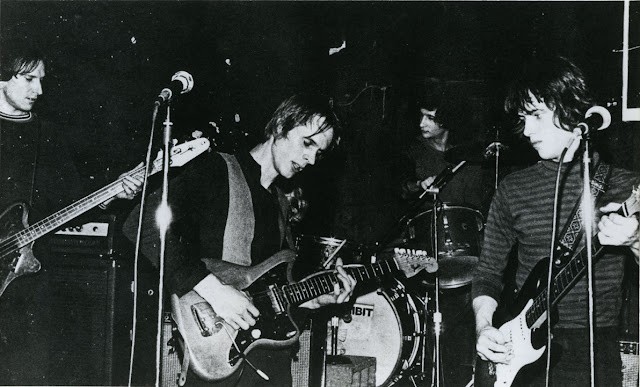 Television were responsible for the best album of the seventies and most of the planet doesn't have a clue what their music sounds like. That's why I am featuring the band in this series, despite the fact that they only released three studio albums. Even though there aren't many songs to choose from, this music is too important to be ignored. If just one person checks out the music and becomes a new fan, the effort will have been worth it.

So why is Television's music so fantastic?

Marquee Moon is the album I was referring to earlier. If you play it from start to finish, you'll hear things that are nothing like you have ever heard before. The title track is the highlight and has claims to being the best song ever made; well, the best song not by Modest Mouse at the very least. For the better part of 11 minutes, Tom Verlaine and Richard Lloyd weave together their intricate guitar parts until they become one. The song is both cool and magnificent, soaring to an unbelievable climax. The rest of the album isn't far behind.

Television's guitar sound is unique. They unfairly get labelled as punk when this sound is so much more. That's probably because they were part of the CBGB scene with The Ramones, Talking Heads, Blondie and similar bands. I've only had the pleasure of seeing Television play on five or six occasions, including the most recent lineup with Jimmy Rip instead of Richard Lloyd. They are probably better now than when they were young men forty years ago. If you somehow get the chance to see them live, you have to take it.

Billy Ficca is one hell of a drummer and Fred Smith's bass is a vital part of the overall sound. If you like alternative rock at all, you'll almost certainly love Television if you are not already a fan. For fans of traditional rock, there's a danger that Verlaine's reedy vocals will be too unusual for you to accept. But if you're a fan of David Byrne, you'll have no trouble.

I would have to say that Television's Live at the Old Waldorf is the best live album ever released. It makes great songs even better. The 1978 show was released on CD in 2003, but was limited to 5,000 copies. There was also a Record Day vinyl release of 3,000 copies in 2011.

Adventure was the follow up to Marquee Moon, but was not as well received. The only other studio album, Television, was released in 1992. It's almost unfair that these other albums were dismissed because they were compared to the masterful debut. The truth is that many of the songs from Adventure and Television come to life when played live.

I hope you'll give these 20 songs a chance if you have never heard them. As usual the playlist can be found on my YouTube channel. Here is my Ultimate Playlist for Television:

Return to index of every review on the site.
Posted by Steve Aldersley at 6:44 PM