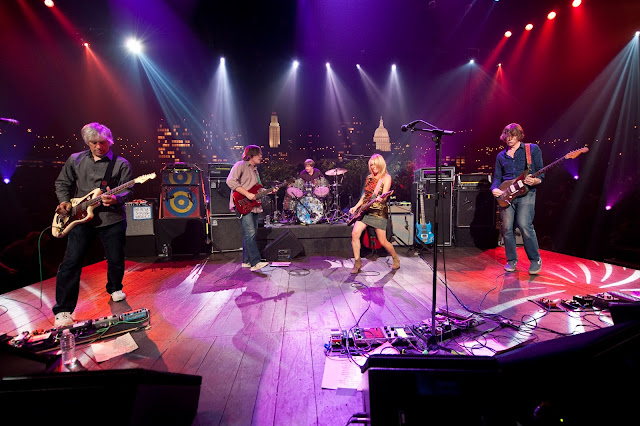 
Sonic Youth were around for more than 30 years before splitting up due to the deteriorating relationship between Thurston Moore and Kim Gordon. At this point, it seems unlikely that we will ever see another Sonic Youth tour. However, the band has left us with an enormous catalog of good-to-great songs. Their brand of controlled chaos fits together notes that seem hopelessly out of tune and forges something which ultimately makes sense. Ranaldo blends with Moore to create a layered guitar sound that is unique.

As great as Daydream Nation is, I'm one of the few people who don't rate it as the best Sonic Youth album. I actually prefer Dirty, which is often mentioned as being too commercial. I'm sorry, I just can't agree.

Moore and Gordon share most of the singing duties and both do a great job for the most part. Occasionally, Gordon overreaches and sounds like she is giving birth, but she can be sweet too. Ranaldo is the third vocalist and he brings a mystical quality to the band's sound when he is given the chance. Just listen to Wish Fulfillment and you'll hear what I am referring to.


If Sonic Youth announced a farewell date, this would be my dream setlist. I guess I'll have to live with it being nothing more than a playlist, although my YouTube playlist has several live tracks:

Return to index of every review on the site.
Posted by Steve Aldersley at 8:11 PM