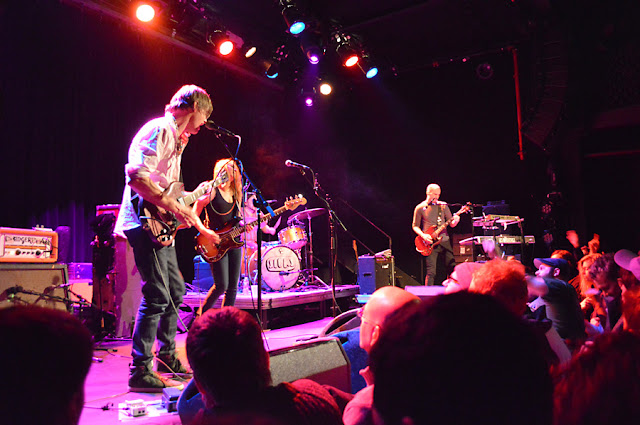 
The first post-Pavement Stephen Malkmus album grabbed my attention from the start, but I lost my way for a while after that. Pig Lib and Face the Truth seemed decent enough, but I set them aside for years. Then came the release of Real Emotional Trash and everything changed. The band toured with Janet Weiss on drums and I found myself seeking out the earlier albums and enjoying the concerts more than ever before. Mirror Traffic and Wig Out at Jagbags contain plenty of great songs too, so I finally realized something that should have been obvious:

The lyrics are full of humor. His quirky delivery is unmistakable and isn't dramatically different from his days with Pavement. Here's the shocking thing though; as much as I adore Pavement, I listen to the Jicks more often. There isn't a song that I want to skip. So on the rare days that I am not listening to Modest Mouse, it's the Jicks that are most likely to be my fall back option.

Figuring out which songs to include in the final 20 for this playlist was far from easy. I found myself agonizing over which favorites to cut. Just listen to Malkmus play the guitar and you'll hear how distinctive his style is. The vocals may put off some, but I love his delivery. If you like alternative rock and guitar-driven songs, there's plenty to like here. If you're a fan of clever lyrics that make you smile, there's no shortage of those either.

Without further ado, here is my Jicks playlist which can be found here on my YouTube Channel:

Posted by Steve Aldersley at 10:16 PM